Wit & Delight’s Kate Arends Peters and her husband, Joe, go back to the drawing board for a second round of remodeling on their 1925 English Tudor in St. Paul.

Last summer, Kate Arends Peters and her husband, Joe Peters, were at a crossroads. In order to accommodate their growing family, they had two options: They could either find a new house or reimagine their existing one.

While the thought of remodeling sends many homeowners running in the opposite direction, the Peterses were up to the challenge. “Remodeling is something that not everyone likes to take on, but I loved the idea of making it our own,” says Kate, the creative director and founder of the popular lifestyle blog Wit & Delight, which attracts 3.3 million followers interested in “designing a well-lived life” through everything from interior design and food to motherhood and style. “It had all these wonderful architectural details. I love the windows, I like the layout, I like the sunroom, and I liked all the things about the house that are so hard to recreate these days. I began to see what was possible with it.” 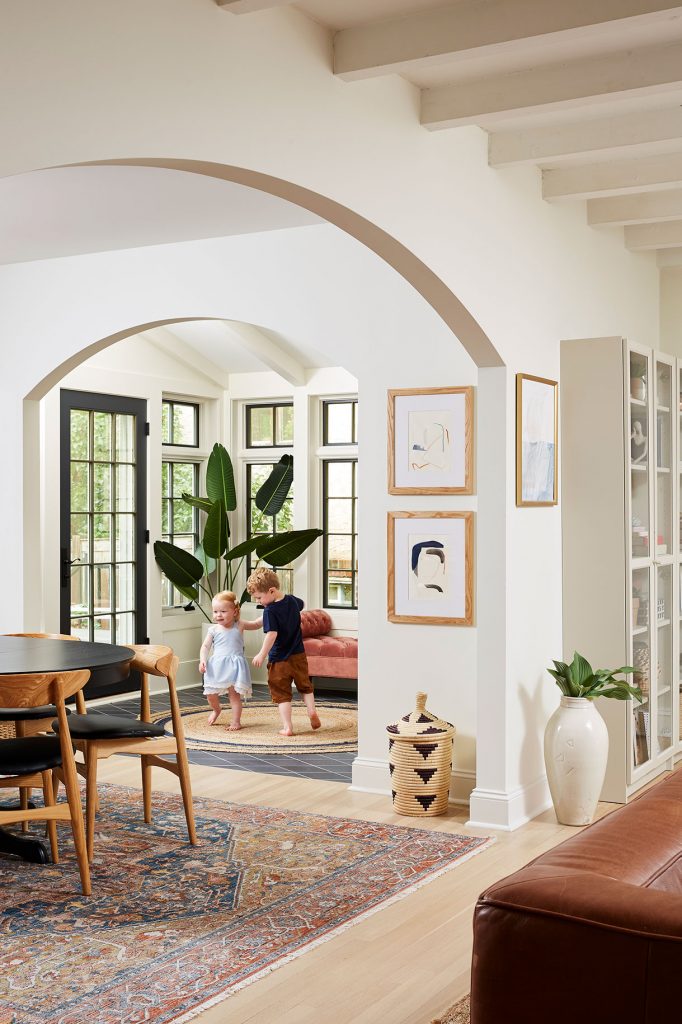 The remodel of their 1,700-square-foot 1925 English Tudor they bought in 2014 was actually broken into two parts. The first in 2015 addressed the main level’s choppy flow, replacing a series of hallways with an open floor plan that allows for a more contemporary relationship between rooms. A kitchen overhaul swapped a breakfast nook and outdated appliances for increased countertop space and an improved layout. Additionally, an unfinished basement was converted into a lower-level family room and bathroom.

“The home is 100 times more livable because it isn’t a bunch of chopped-up rooms with dead-end areas or hallways,” says McDonald Remodeling’s Jim McDonald, who was introduced to the Peters family after his daughter Anne spotted Kate’s Instagram post asking her 332,000 followers for builder recommendations.

“Anne was like, ‘This is going to sound crazy, but my 60-year-old father and you have a lot in common,’” Kate recalls of the initial message. “Jim took all the ideas I had and showed us how to improve upon them, and helped me see the importance of having a builder who understands how you live in a space. He really worked through the problems with our needs in mind. That’s invaluable.”

So when it came time to tackle the second phase of the renovation a couple years later, hiring McDonald once again was a “no-brainer.” “I think when you’re dealing with older homes, it really helps to stick with the same group of people,” Kate says. “Having someone who knows the ins and outs of your house is incredibly important.”

Take the kitchen, for example. Though the room was completed in the first round of renovations, after a few years of living in the space, both McDonald and the Peterses realized it wasn’t functioning as well as it could. But all it took was a few small tweaks to deliver a big impact: The peninsula was removed in favor of an island, which created space for a pantry, and the cement tile ﬂoor that proved difficult to keep clean was replaced with wood. “We’re able to live there so much longer because we made that small conﬁguration,” Kate says. “I can now see everything that I have in my pantry, I’ve been cooking every night, we’ve already had people over for dinner. Having a very busy lifestyle, those moments at home are so much easier to jump into when you’re not ﬁghting with a kitchen that isn’t working for your family.” 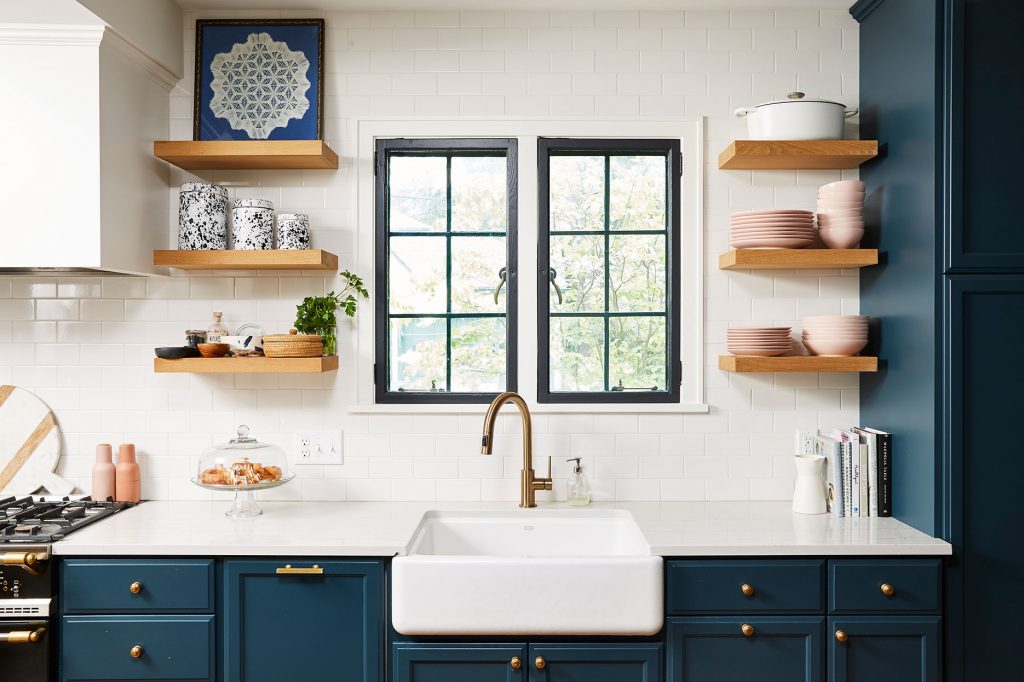 The sunroom was also tackled in round two of renovations. Suffering from water damage, it took a year and multiple conversations for the couple to decide what to do with the extra 300 square feet of space. A rear entry, mudroom, and porch were also discussed, but none of the options felt quite right—until it was suggested that they remove the wall between the sunroom and main living area. Then everything started to click into place.

McDonald and his team raised the sunken floor, added heating underneath, crafted a vaulted ceiling, installed new Pella windows, and built a small entry deck off the back. The result is a sun-drenched room that feels like an extension of the home while simultaneously creating a better connection to the outdoors.

Though the Peterses were excited to update the home, they never lost sight of its nearly 100-year-old history. “I really wanted it to feel like it had soul,” says Kate. Taking inspiration from their travels to France and England—think deeper paint colors, bright brass accents, molding, and paneling—they struck the perfect balance between modern luxury and old-world charm.

“I love to do that traditional design and do it well,” adds Mc-Donald. “I hate the word ‘trend.’ Good design is more timeless. You want that creative-but-clas-sic design that will stand the test of time, yet have a fresh, new feeling in the spaces.” 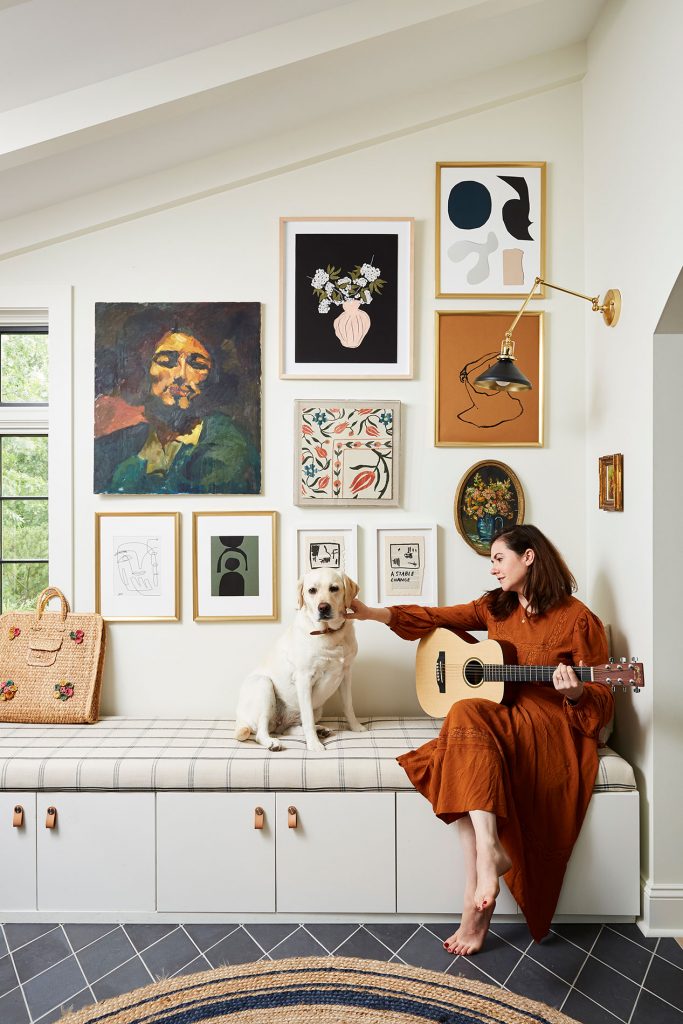 Throughout the course of two renovations, finishes and fixtures weren’t the only changes. Joe and Kate also welcomed two children, son August and daughter Bennett, born 16 months apart. Having a 3- and 1-year-old played into some of the design decisions the couple made in the second renovation. “I became a lot more aware of how materials would hold up over time and making sure our spaces were really intentional in their use,” Kate says. “Flexibility and functionality are not necessarily a recipe for drab design decisions, but it was challenging to change my design process at first. Now that we are living with the end result, I’m so glad I was realistic and methodical in selecting our materials and altering our layout to better suit our needs.”

This fall, the family celebrates five years in their St. Paul home, which finally feels complete. “It was a lot of fun to do this together and to really understand our problems,” Kate says. “I feel like we’ve just got a great new build. Every square foot is used as it should be.”

Check out before photos and details on all the products used in this remodel over on WitandDelight.com. Then, tour this project (#R51) for yourself on the 2019 Fall Remodelers Showcase Sept. 27-29!